(Note: This is part three in a blog series exploring the meaning of several popular phrases and their meaning to historic buildings and homes.)

Strict standards, regulated and monitored by the U.S. Department of the Interior Secretary’s Office through the National Park Service, can dictate anything and everything from paint colors, exterior modifications, and best practices for appropriately treating physical issues that may arise. These four distinctive yet interrelated standards – Preservation, Restoration, Rehabilitation, Reconstruction – exist to ensure the highest integrity for historic buildings is maintained.  So, what does preservation of a historic building mean?

For practicing historic preservationists, we use the term “in situ” meaning its original place, when speaking amongst ourselves on place and materials. But in layman’s terms, preservation recognizes the desire to preserve something is its purest, existing form.  The National Park Service defines preservation “as the act or process of applying measures necessary to sustain the existing form, integrity, and materials of an historic property. Work, including preliminary measures to protect and stabilize the property, generally focuses upon the ongoing maintenance and repair of historic materials and features rather than extensive replacement and new construction. New exterior additions are not within the scope of this treatment; however, the limited and sensitive upgrading of mechanical, electrical, and plumbing systems and other code-required work to make properties functional is appropriate within a preservation project.” (Visit the National Park Service’s guidelines on rehabilitation and treatments for buildings and homes to learn more.)

Preservation is all about making decisions that determine how best to protect historic places – for the purposes of our blog article, historic houses – deciding what is most significant, how best to protect it from further issues, and engaging the next generation to see the value in it. Historic houses require a tremendous amount of ongoing care and maintenance, particularly if the property owner (or historic house museums) desires to have the house represent its true historic form, meaning no electricity, indoor plumbing, HVAC, etc. Today, this idea would be quite impractical and a bit tricky. However, there are two good historic house examples, one regional and the other local, that fit the mold for preservation. The first is Drayton Hall, and the second, Wyatt Hall. 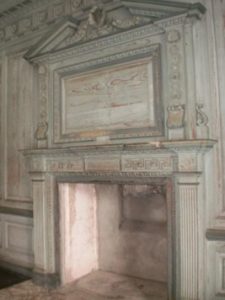 Drayton Hall sits just outside of Charleston, South Carolina, and is the best example of Palladian architecture in the United States. For over 250 years, Drayton Hall has withstood environmental effects, multiple wars, as well as the home to multi-generational families, Black and white. The Drayton Hall Preservation Trust mission is “to foster a deeper understanding of colonial America and the evolution of life in the South by discovering, researching, conserving, and interpretive the history, context, and culture of Drayton Hall.”  The Drayton Hall Preservation Trust is a nonprofit, responsible for the operations and management of Drayton Hall, however, it is one of nearly 30 properties owned by the National Trust for Historic Preservation.

When the house became a museum in the 1970s, a radical decision was made to preserve and stabilize the house, rather than restore it to a particular period of significance. While this philosophy was considered groundbreaking at the time, Drayton Hall, as a historic site open to the public, remains a uniquely curated site, with its research based in archaeology, conservation, preservation, and education. 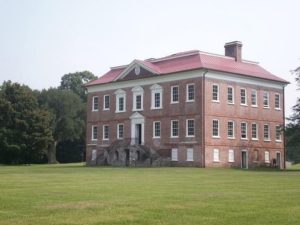 While historic preservation is a broad humanities discipline, at its core, lies the knowledge that historic homes teach us about all people who once lived in and cared for the homes, and as such, deserves appropriate respect and good stewardship towards preserving their legacy, including its stories of all who inhabited them. 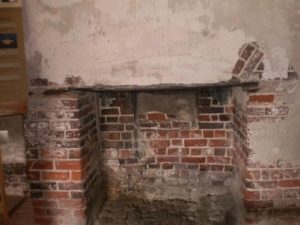 Located on an 11-acre portion of the original Revolutionary War land grant between Major Anthony Sharp and David McMahon, along Columbia Pike, is enclosed by historic stacked stone walls and shaded by persimmon, maple, and magnolia trees. Its original spring house – as well as its spring, a branch off Spencer Creek, may still be seen via the road. The house, which is nearly as old as the town of Franklin, is an excellent example of late Federal architecture and remains virtually unaltered structurally.

While its architect is unknown, it is more than likely enslaved persons would have kilned its handmade bricks on site, constructing a remarkable Flemish bond pattern. The house today is still a two story, rectangular shaped brick building, resting on a hand cut limestone foundation. Only one addition to its first floor – the original breezeway – became the formal dining room, enclosed in the 1840s, connecting the kitchen and smokehouse. Wyatt Hall’s interiors retain its original staircase and woodwork as well as its original Federal fireplace mantles and poplar floors. And yes, a cooling system was added in the 1980s, its minimalist intrusion is only noticed in the basement, situated on original red dirt floors.

While Drayton Hall is not modernized – no HVAC to regulate heating and cooling – Wyatt Hall does have a few modern amenities, despite not being heavily altered structurally. Even in the historic house museum world, it is a rarity to find a home untouched by the hands of modernization. And while Wyatt Hall is a private residential home, those who have been its caretakers over time, including its current owners, recognize their responsibility to steward the property as a preserved historic home and grounds.

While many of us live in “newer homes,” we all can appreciate historic homes through their architecture, history, and culture that represents the diverse mosaic of our communities.

If you own a historic home and are interested in learning more about its history, please contact Senior Director of Preservation, Education, and Advocacy Rachael Finch at rfinch@williamsonheritage.org to inquire about our professional preservation services.