The award categories recognize the vision of those who help the Foundation protect and preserve historic structures.  They include both residential and commercial rehabilitation’s, as well as new construction projects that complement the historic character of the community.

Winners are announced each May at the non-profit’s yearly member meeting, which falls during National Historic Preservation Month. The 2016 award was suspended in order to celebrate the completion and opening of the Old, Old Jail which was restored by the Heritage Foundation for its headquarters. President Julian Bibb, said “last year the board was excited to celebrate this exciting adaptive reuse which is a forever home for the Heritage Foundation”.

Properties may be nominated by outside parties, or submitted by owners.  To receive an application, contact Linda Childs at the Heritage Foundation:

The application can be downloaded here: 2017 Preservation Awards Application. 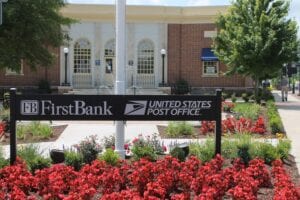 The Heritage Foundation of Franklin & Williamson County is a non-profit 501©3 organization whose mission is to protect and preserve the architectural, geographic and cultural heritage of Franklin and Williamson County and to promote the ongoing economic revitalization of downtown Franklin in the context of historic preservation. For more information, visit williamsonheritage.com.