It is with profound sadness the Heritage Foundation of Williamson County mourns the loss of longstanding community advocate Brant Bousquet who passed away on Monday, March 30, 2022. Brant was a bright light in Franklin who championed affordable housing, racial reconciliation, healthcare, and education. He walked humbly, lived justly, and demonstrated mercy. Current executive director of the Hard Bargain Association Derrick Solomon stated in the Williamson Herald, “He was a great friend, a great brother, a great father, and a great Christ follower. He taught me about perseverance.” 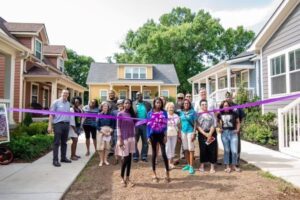 Brant began his life of service with Campus Crusade for Christ and then Mercy Community Healthcare. In 2007, Brant became the first Executive Director of the Hard Bargain Association, and most recently, as the Chief Capital Campaign Officer for Battle Ground Academy. With Hard Bargain, he transformed a community becoming a fervent advocate for affordable housing for all and championed homes for low-income families in Franklin, partnering with David Crane of Crane Builders to build the now standing 13 homes on Bungalow Court in the Hard Bargain neighborhood.  While he received pushback when he first began the project, his tenacity and determination saw the project through, finding the resources through grant funding, fundraising, and private donations to ensure it happened. Through Brant’s advocacy for community and cultural heritage, the Heritage Foundation awarded the Hard Bargain Association numerous awards since 2007 for their Excellence in Preservation Infill, New Residential Construction, Heritage Preservation, Adaptive Reuse, and an Award of Merit. 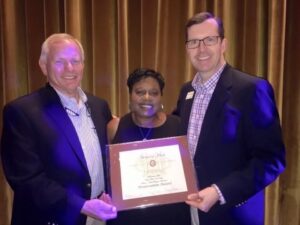 Perseverance. Servant’s heart. Advocate. These words perfectly describe Brant Bousquet. The way Brant lived life exemplified a life worth living. A champion for those underserved without a voice, Brant demonstrated compassion, tenacity, and endurance, running the race set forth through his faith, family, and fellowship with all of Franklin. We extend our heartfelt condolences to his loving wife Virginia, his children, his close family and all of his friends and colleagues in Franklin and Williamson County. May we all know how to live life by following in Brant’s quiet footsteps.