By Rachael Finch, Senior Director of Preservation and Education

For local moviegoers, The Franklin Theatre evokes experiences surrounding art and architecture as well as memorable moments shared with loved ones. The restoration of The Franklin Theatre is the one preservation project that had 100 % support from citizens and officials of Franklin and Williamson County. That’s likely because no other building in downtown Franklin holds nostalgia other than the theatre. 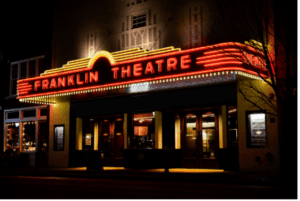 The Franklin Theatre. Image courtesy of the Heritage Foundation of Williamson County.

Before the 1937 Franklin Theatre, other stages and silver screens, including The Franklin Opera House (c 1880s and located on the public square), entertained the town. By the turn of the twentieth century, nickelodeons sprung up in towns and cities across America, including Franklin, playing silent movies in converted storefronts.

The Dixie Theater is the first known movie theater in Franklin. Open before 1911 on Main Street, the owner advertised in Nashville papers for “a movie picture operator” and offered to sell the Dixie Theater – “A moving picture show, now running with a good trade. Only show in town.”  With the evolution of cinematography and technology, two more theaters popped up – Edenland, located in the Arlington Hotel (c1914-1917, now the First Horizon Bank building) and the Cumberland Theater (1924-1936), two doors down from the current Franklin Theatre. 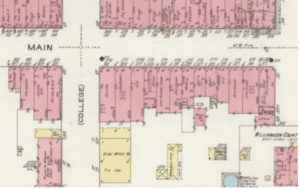 Franklin’s Main Street, c1913. This Sanborn Fire Insurance Map has an arrow showing the first electric picture show’s location. Today, it is a law office and sits between Ecco Salon and Anthropologie. Image courtesy of the Library of Congress. 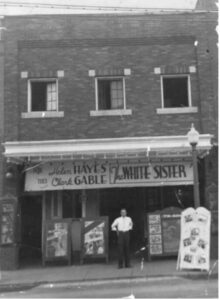 The Cumberland Theater c1933 – the third theater on Main Street, (1924-1936) is pictured advertising for The White Sister, starting Clark Gable and Helen Hayes. Herbert Bowen, seen in front, managed the Cumberland Theater as well as the c1937 Franklin Theatre for several decades. Image courtesy of the Williamson County Historical Society.

Moviegoers to the Cumberland Theater enjoyed the latest Typhoon cooling system; it was “steam heated” in the winter and “air purified” in the summer by fans pushing air across a large block of ice to cool the building. This primitive air conditioning was just one of the modern innovations regional theater operators introduced in the 1920s. By March 1930, the theater offered “talkie and sound equipment,” less than three years after the release of Hollywood’s first talking film. Renovations came once again in 1933 with Herbert Bowen as the new manager. While this theater had many modern elements and features, Franklin would not get its first architecturally distinct movie palace until the late 1930s.

When The Franklin Theatre opened on July 15, 1937, residents could escape under the neon marquee and through the Art Deco façade to see Night Must Fall, a murder mystery set in a small English village featuring Hollywood stars Robert Montgomery and Rosalind Russell. 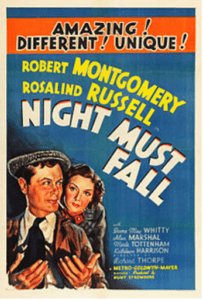 The crowds flocked to the new Art Deco theater. The lesson for theater owners was upgrade to the latest amenities or become obsolete. The new theater’s sound equipment was anything but obsolete. Purchased from RCA, the theatre’s projectionist, Cecil Vines, maintained all of the sound and film equipment and was responsible for keeping the film on track.

Franklinites who grew up in the 1940s, 1950s, and the 1960s, have fond memories of the “picture show.” Saturdays, a popular day for kids, often showed a Cowboy movie preceded by a cartoon or a serial. The concessions offered cold drinks, buttery popcorn, and sweets. But with every passing decade, small town movie theaters faced competition from drive-ins, big screen multiplex theaters, and television. 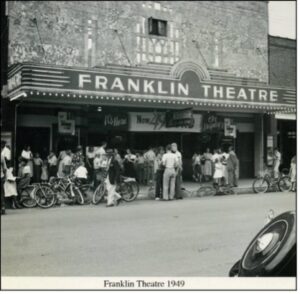 A busy Saturday afternoon in front of the Franklin Theatre, c1949. Image courtesy of the Williamson County Historical Society.

In March 1970, the theatre closed for renovations. In June, the theatre opened with an enlarged lobby, expanded concessions, new seats, carpet, drapes, sound and projection equipment, a screen, and a new name – the Franklin Cinema. In the rush to keep up with the larger theaters, its new owners removed the original Art Deco marquee and replaced it with what they perhaps saw as a progressive modern attempt at “Hawaii modernism.” 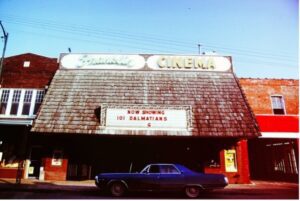 The Franklin Cinema in the 1970s saw architectural changes including the removal of the original Art Deco neon marquee in exchange for the wave of Hawaii modernism that swept the continental 48 states between 1960-1975. Image courtesy of the Williamson County Historical Society.

There is no doubt The Franklin Theatre has had a profound cultural impact on downtown Franklin and its citizens. Over the next few months, we will share more stories on Franklin’s movie theatre history.