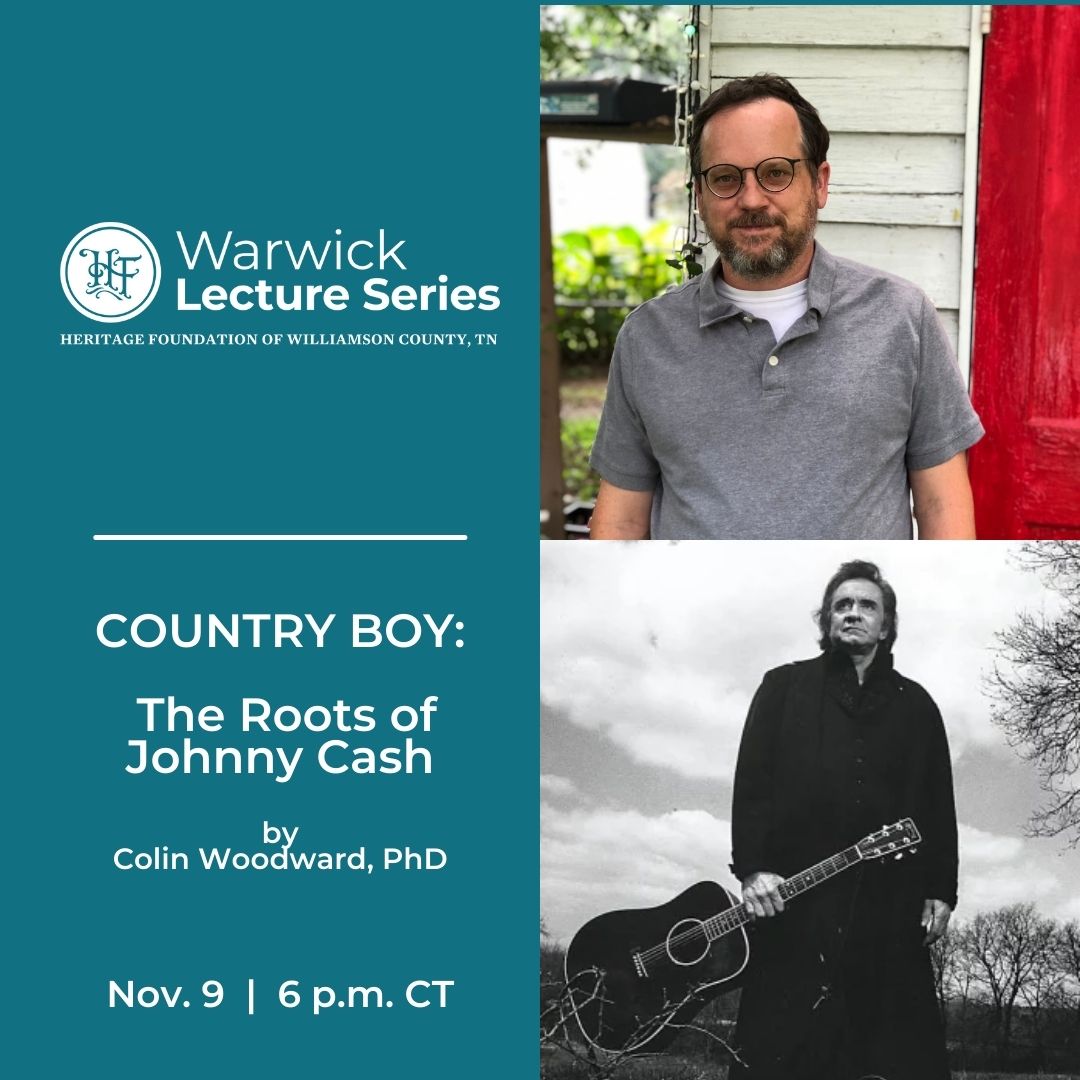 Colin Woodward received his PhD in history from Louisiana State University in 2005. Since then, he has worked as an archivist in Virginia, Massachusetts, and Arkansas. In 2014, he published his first book, Marching Masters: Slavery, Race, and the Confederate Army during the Civil War through University of Virginia Press. For the past five years, he has hosted the history and pop culture podcast American Rambler. He has researched Johnny Cash for the past nine years.

Johnny Cash traveled the world, becoming one of the best-known and most successful musicians of all time. Despite becoming an international icon, Cash never really left Arkansas in his mind. Throughout his career, he performed memorable concerts in his home state, including shows for Governor Winthrop Rockefeller in 1968, at Cummins prison in 1969, in Rison in 1976 in honor of the Bicentennial, and in Kingsland in 1994 as he relaunched his career with American Recordings.

In his book Country Boy: The Roots of Johnny Cash (forthcoming from the University of Arkansas Press, 2022), Colin Woodward will present Johnny Cash in Arkansas at pivotal stages of his career. It was in his home state, Cash said, that he could “touch his roots again.” Though Cash lived and is buried in Nashville, Tennessee, it was Arkansas that kept him grounded.

THIS IS A FREE ONLINE EVENT.  Zoom meeting details will be shared via email prior to the event to all registered attendees.