By Mandy Floyd Hamilton, Graduate Research Assistant for the Center for Historic Preservation 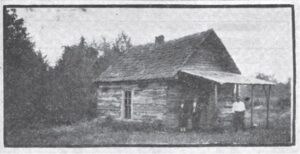 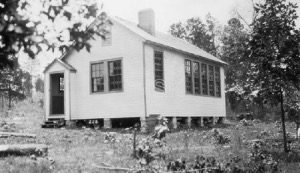 The Lee-Buckner School was one of four Rosenwald Schools in Williamson County and remains the only one that standing today. The school was named for the Lee family who was prominent in the community and possibly Buckner Lane as a geographical boundary. The two acres of land needed to qualify for the Rosenwald funds were originally purchased by the Williamson County Board of education in 1925 from Monroe and Frances Lee for $150.[1] The Fisk University Rosenwald Database shows the African American community raised and contributed $750 for the school construction. The Rosenwald fund contributed $400, and the public contributed $520 to complete the building.[2] The Lee-Buckner School building was built in August of 1927 by the Southhall Brothers of Franklin, Tennessee for $304.91.[3] At present, no records have been found to indicate how the balance of the funds were used. While the one teacher school design does not follow one of the Rosenwald standardized plans, it appears to be a modification of plan 1-A or plan 2-C. However, there are nine other schools built in Tennessee, Kentucky, and Florida with the same façade and apparent design.[4] Modifications to the standardized plans were typically allowed as long as the building retained the design elements and showed consistency with Rosenwald plan standards.[5] 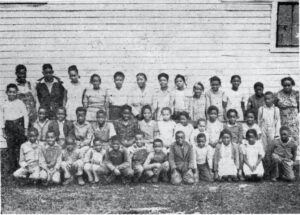 School children and teacher at Lee-Buckner Rosenwald School before 1948. Image courtesy of Ms. Georgia Harris and used with permission by Heritage Foundation.

In 1948, a second classroom addition to the East side of the school doubled its occupancy, allowing students to move out of the old Rural Hill Church building, which was still standing at this time.  A drawing by former student George Buford shows the addition connected to the original building and pocket doors allowed for access to both classrooms.[6] The Lee-Buckner School continued until 1965, when the schools in Williamson County began to consolidate and integrate with white schools. The building became a private residence until 2002. Today, the Lee-Buckner Rosenwald School sits vacant until it can be moved by the Heritage Foundation of Williamson County to the Franklin Grove Estate and Garden campus in the fall of 2021. 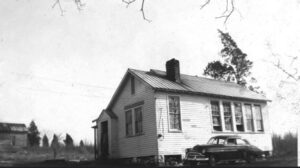 Lee-Buckner Rosenwald School after 1948 addition. Photo from the Heritage Foundation of Williamson County. 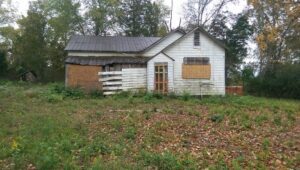 ABOUT THE AUTHOR: Amanda Floyd-Hamilton 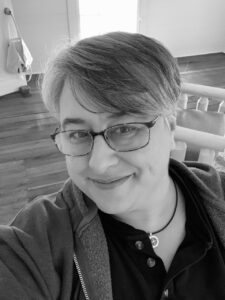 Originally from North Myrtle Beach, South Carolina, Floyd received her BA in History in 2016 and MA in Liberal Studies from Coastal Carolina University in 2018. In 2015, Floyd co-authored A War on Two Fronts, presenting discrimination and racism African American soldiers faced at home and abroad in World War II. With over twenty years in architectural draftsmanship, Floyd’s focused turned to entering the PhD program at Middle Tennessee State University where she is a Graduate Research Assistant and PhD Candidate with the Center for Historic Preservation. Floyd’s areas of concentration are historic preservation, African American history, and architectural history with emphases in digital history, race and gender studies, and archaeology. Her residency through the Heritage Foundation of Williamson County is primarily focused on the last remaining Rosenwald School in Williamson County and the cultural landscape of the Duplex community.