On Sunday, March 4, our members were invited to sign up to tour the historic Miller Beasley House. It was built in 1866 by contractor John Miller who also built the Williamson County Courthouse on the Square. This home has only had 5 owners in its history.

It was purchased from the Millers by Marcellus Hearn – who served in the Confederate Army and was captured and “exchanged” twice. Mr. Hearn’s settled in Franklin and was a prominent lawyer for 40 years.  Mr. Hearn’s son suffered from medical issues and continued to live in the house with his aunt until his death in 1940.

The house was next owned by Mr. and Mrs. Frank Beasley.  Mr. Beasley was a merchant and owned 2 stores in town. The Beasleys then sold the house to the Crawford family and Mr. Crawford was a Baptist preacher. The most recent owners were the Clarks.

The home is currently for sale. 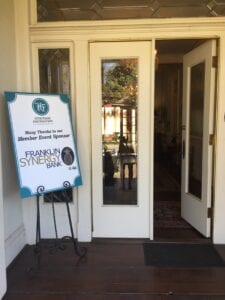 Thank you to the homeowners, our volunteers, our Members Only Event Sponsor, Franklin Synergy Bank, and to Katie Baker with RE/MAX Elite!